An interactive documentary about the history of a Resort for workers built in the 70s (set of houses for their holidays) during Salvador Allende’s govement, that became a concentration camp and torture centre during the dictatorship of Pinochet in Chile. From where many people disappeared and whose buildings no longer exist (only some ruins were saved) as it was destroyed a few years ago. Our proposal is to rebuild this place of memory digitally, using interactive audiovisual pieces, modelling 3D architecture (to design houses that no longer exist) proposing audio tours with VR and AR.

Recommendations for a better web experience

Use headphones to enrich your web navigation experience.

Use your mouse or fingers

Scroll the site and the interactive map using your mouse wheel or your fingers, to zoom in/out and explore the website.

There are many pieces of memory, with contents that might surprise you.

Currently the site of memory is under property of the Army of Chile, therefore it cannot be touched or overstepped.

It is a forbidden place, full of memories impossible to forget.

These images show the memorial site’s current state. The ruins are full of debris and there is no protection around them.


In other photographs is visible part of the team behind this project, and the community of Fundación para la Memoria de San Antonio, who visits the place on special dates. 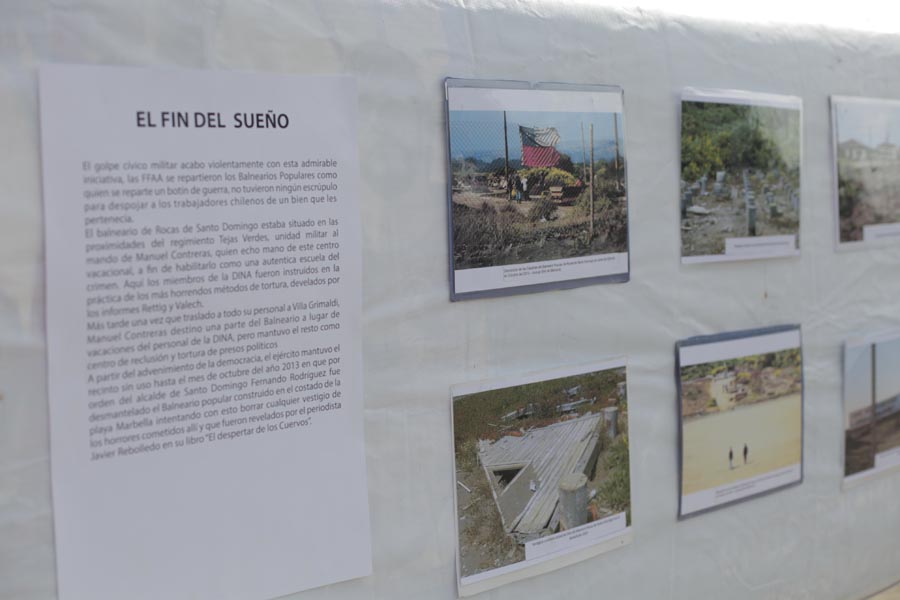 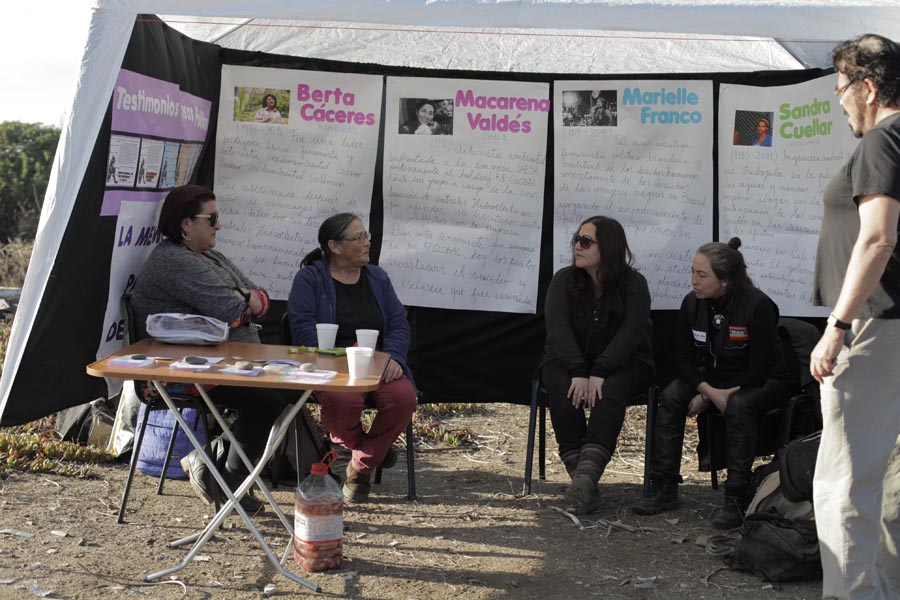 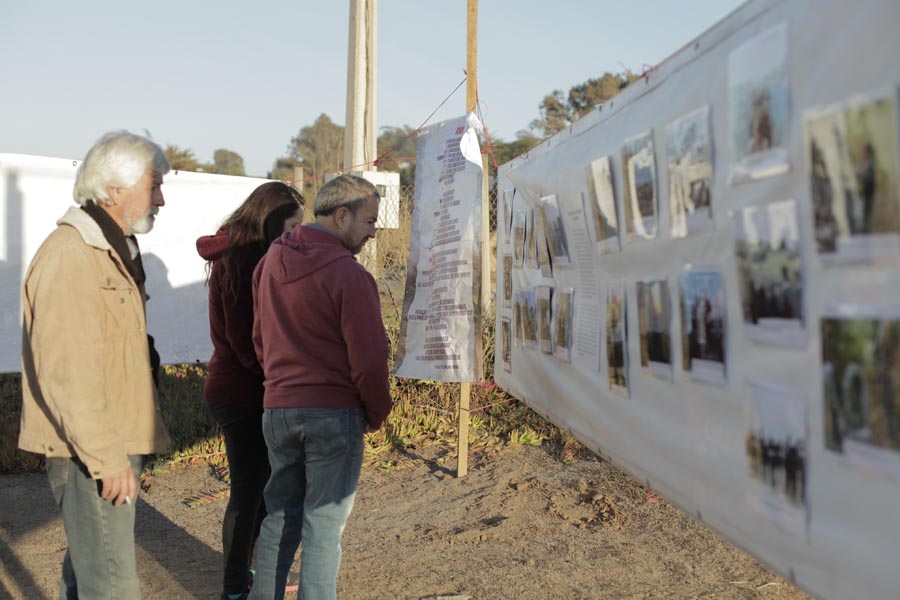 The project “Memorial Rocas AR” aims to rescue and reconstruct this site’s the memory. Through the use of an augmented reality app, visitors can experience different layers of the area’s history without touching it’s physical remains.

Two versions have been proposed. The first will allow the visitor to tour the ruins of the cabins of Rocas de Santo Domingo. Thanks to the possibilities offered by augmented reality, the user can visit the site and see how the cabins looked before being destroyed, find images and audiovisual material and listen to testimonies from holidaymakers, Pinochet’s secret agents and survivors of this torture center.

The second version of “Memorial Rocas AR” is an installation that physically represents the ruins of one of the cabins through the construction of pillars similar to the remnants in the real site. Visitors can use an app with smartphones or tablets to find different passages of the stories from this site and explore Chile ́s current disputed history.

The project is currently in the visual design, 3D animation and programming stage of the app. At the same time we are working to continue with the compilation of archival material and testimonies and building a website that hosts videos and images of activities carried out by the community of survivors as well as other found footage.